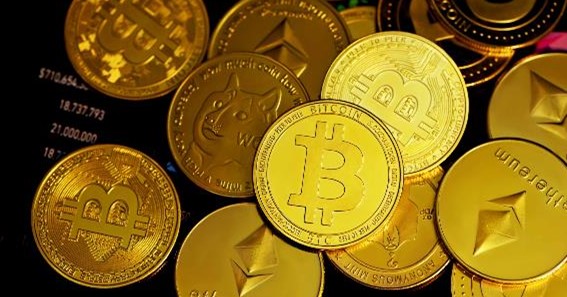 As you may have heard, cryptocurrencies are all the rage these days. If you’re not familiar with this burgeoning market, it’s a way to get rich quickly. Or lose your money just as quickly. And if you happen to be in one of the countries where cryptocurrencies aren’t popular? Well, now might be a good time to invest: prices are rising rapidly, and they don’t look like they’ll be falling anytime soon.

Cryptocurrency markets are volatile and unpredictable. Although the rise of digital currencies has been pretty impressive in recent years, they’re still relatively young, and there’s no guarantee their value will continue to rise at such a rapid pace. Though cryptocurrency prices are already enough to make some people millionaires (at least on paper), for many, it’s not about making money but about participating in an exciting new technology that may have vast implications for society and other industries.

Contents
1 Can help developing countries increase their foreign reserves and reduce economic vulnerability
2 Can help countries trade with other countries without the need for a bank or investor
3 A lot of developing nations have low trust in government financial systems and little faith in their currencies
4 Cryptocurrencies create better investment opportunities
5 Can be used to build businesses that provide solutions and services to local problems
6 Can help people avoid high fees charged by banks when moving money across the border
7 There are many reasons why developing countries should consider investing in cryptocurrencies.

Cryptocurrencies are more than just a new form of digital currency. Developing countries across the world have begun exploring the potential for cryptocurrencies as a means of creating increased foreign reserves and reducing their vulnerability to economic shocks.

As economies in developing countries historically have been much less stable, having an alternative way to store value has allowed these nations to establish secure foreign reserves that they can use to take advantage of economic opportunities when they arise. In addition, cryptocurrency offers these nations a tool for mitigating the effects of inflation. That tends to be far more detrimental in developing countries where structural supply-side constraints make it difficult for innovative new technologies (like blockchain) to help spur economic growth.

Over time, there’s no doubt that cryptocurrencies will continue growing as financial tools in developing countries, bringing stability and security while also allowing them access to new technologies that can help spur better economic growth.

If you believe that this technology has great potential to revolutionize the world economy and make global payments easier, you will want to learn how to use them. If you’re interested in traveling internationally but don’t want to put your life savings on the line with a standard credit card for transactions—which can take up to 2 weeks for transactions—you’ll love using cryptocurrencies.

As an investor in cryptocurrency, you are likely aware of the volatility that cryptocurrencies have demonstrated over the past few years. While this market is not without its problems and has been subjected to extreme price fluctuations, it is still one of the fastest-developing markets in the world today. And with this development comes investment opportunities—but ones that go beyond investment: rising demand means stable supply and a steady stream of new coins.

In light of these facts, developing countries should consider developing their own cryptocurrency to challenge bitcoin as a global reserve currency. There will be some controversy over whether or not a country’s currency should be comparable to bitcoin, but a strong argument can be made for why it makes sense for them to invest in cryptocurrencies rather than simply relying on bitcoin. The technology behind cryptocurrencies represents a new way forward for improving financial systems that have been subject to many problems for decades.

As governments realize the potential cryptocurrency value and benefits, they will develop initiatives to move from paper currencies to electronic ones—and these new electronic currencies will look increasingly like those used by digital exchanges.

With so much money entering this emerging market, cryptocurrencies are being developed at an exponential rate even as they continue to gain wider adoption among more traditional investors—meaning that there won’t be enough room on exchanges or enough wallets available when demand takes off. For this reason alone, investing early in cryptocurrencies could give you first access and invest profitably long before anyone else does.

When it comes to investing, not all markets are created equal. Anyone who has tried to open a bank account or move money internationally knows how much of a hassle it can be. Along with the time and effort involved in setting up these accounts, some fees make moving money around costly and inefficient.

What if there was an easier way?

The cryptocurrency market exists outside of traditional financial institutions. It uses blockchain technology to simplify international transactions and allow seamless exchange from one currency to another. Doing away with borders creates more good investment opportunities for those who use cryptocurrencies, especially those from developing nations who have had trouble accessing the global infrastructure.

Given the relative infancy of cryptocurrencies and their scale within large economies like India or Nigeria, they may seem like small potatoes right now—but these financial tools hold great potential for poor countries that have long been shut out of global markets by high transaction costs and weak infrastructure.

Cryptocurrencies can also facilitate the ordering of products or services over the internet. Furthermore, these entrepreneurs can use cryptocurrencies to attract international investors so they can build their business on a global scale.

The world is getting smaller as borders are becoming increasingly irrelevant. That’s good news for companies and entrepreneurs, but it can create issues among those in developing countries who currently rely on remittances to help supplement their income.

A study conducted in Kenya revealed that the average fee charged by banks when conducting a money transfer was roughly equal to 30 percent of the amount sent! If you’re sending $200 to your brother or sister in another country, that could mean an extra $60 on top of that amount—money you could’ve been using to purchase food or shelter for yourself or your family.

Remittances are hugely important for many people living in developing countries: according to the World Bank, approximately 250 million migrant workers send more than $600 billion back home each year. As technology continues to advance at an unprecedented rate, cryptocurrency projects like Bitcoin Cash are looking to make these transactions faster, cheaper, and less complicated—with a minimum of fees.

Because cryptocurrencies operate globally across borders without being subject to the same regulations as conventional financial systems, they could be instrumental in helping these people escape poverty. Cryptocurrencies can allow them to save and invest their money easily and quickly all over the world, which is something most people who’ve never had access to such tools can hardly imagine.

There are many reasons why developing countries should consider investing in cryptocurrencies.

Developing countries are increasingly being targeted by crypto companies and investors as opportunities for market growth. These areas still have steep populations that need access to financial services and banking, but the supply of banks, financial technology (fintech) companies, and even mobile phone providers is limited. Even in the developed world, rural areas can be left behind when it comes to technology adoption. In Russia, for example, 55% of people do not have bank accounts at all.

Cryptocurrencies appeal to this audience since they allow people who live outside of a city to engage with international markets and participate in global trade. The rise in crypto popularity we’ve seen over the last few years has been largely due to their ability to give individuals access to digital markets like never before.

We’re already seeing plenty of success stories with entrepreneurs who started small businesses with cryptocurrency trading or solo mining as their main source of income. Countries too can benefit by investing in crypto. 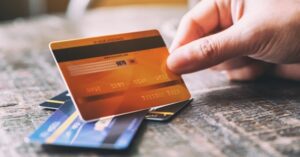 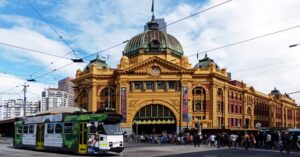 Do you need a bad credit loan to get you out of a tough spot? If your credit isn't perfect,...

It's no secret that in today's economy, payday loans are more popular than ever. People are looking for quick and...

Tax professionals are always exploring new ways to expand on their tax experience. The very nature of tax software is...

What Are Lab-Grown Diamonds? Lab grown loose diamond is diamond created through laboratory methods. Instead of being mined, the stone is grown...

Short-term investment options are generally those marketable securities that can easily be liquidated into cash within three to five years....

As Delhi is one of India’s busiest and most populated cities, living expenses can peak the budget. The money we...