When a person comes to work in a new place of work, an introductory briefing is usually given to him. It informs about the various rules of conduct in this company, how to behave in the office, what to wear, what time you need to come to work and leave. This is called an introductory lecture, which should in theory simplify adaptation in a new team. But in fact, there are not only the rules mentioned in this lecture, but also other, unspoken rules that are established by themselves in each team.

These rules are almost never spoken about, since in fact they are not any official ones, since they are rather not corporate norms, but rather simply the norms of behavior in this particular community. But in order to have good relations with all employees and the employer, and not spoil them in the first week of work, these rules must be followed. Of course, each company has its own, and each office of the company also has its own rules and traditions, which you will also need to adhere to and which you will learn about sooner or later. But there are some well-known norms of behavior that you need to adhere to in order not to spoil relations with your employees even before you know all the intricacies of working in this team. They are called the unwritten laws of the organization in which you work, which are not fixed anywhere, but their implementation is mandatory in order not to get into unpleasant and embarrassing situations during work. And if you don’t have a job yet, you can apply now and choose for yourself where you would like to work, and find in practice, check everything that will be written in the text.

Rule 1: Everyone is equal, but there are those co-workers who are more equal

The idea that all employees are equal is actually a very good one, and avoids not-so-pleasant situations and unhealthy relationships between employees of the same rank. It is clear that the bosses will be a little higher than the average employee. And between seemingly ordinary employees, in theory, everyone should be equal. But remember that not only ordinary people can work in a company, strangers to each other who did not know each other before they got into the same office, but also relatives, friends or just close people of someone from the authorities, or someone high-ranking. As employees, these people are essentially the same employees as you, but may have a special status and a little more favor from high-ranking employees. It is worth understanding and accepting this, because, alas, this cannot be avoided in any society. Therefore, one must come to terms with this and treat such people appropriately and with caution.

These employees don’t need to be idolized, don’t need to suck up, and don’t need to try to compulsively befriend them in order to get special treatment from the bosses too. Rather, you should not joke too openly about your superiors, express your dissatisfaction, or complain about someone more senior. At the very beginning of your work, you can never be sure who exactly is sitting in front of you, and whether your boss will hear your words after a while, when this person meets with your boss, and what will be the consequences of your spoken words. At first, until you understand who is who, always be careful with words and with whom you speak them. And in general, this is a very good recommendation in any case – to say less bad things about the authorities, even if you really don’t like them for some reason.

If you have already been instructed about what standards exist in your office, you absolutely should follow them in order to maintain good relations with employers and employees. For example, if you need to turn off the phone at the beginning of the working day (or the sound on the phone), you need to do this. If you have to wear a tie you must. You need to follow all that is necessary until you get comfortable enough that you know what rules you can not follow, and which are not absolutely mandatory, and so on. But before you become “their” in the office, you will need to be absolutely obedient to everything that you are told. If for some reason you cannot comply with a requirement, discuss this with your supervisor in advance.

Rule 3: No love and relationship with those you work with

No matter how much you dislike your employees, it is worth keeping your personal life and work separate, and even very far from each other. No one forbids friendly relations with employees. It is possible, and rather even necessary, to be friends, as this will create a positive attitude and strengthen your collective bond. But love relationships with employees are categorically unacceptable. You can accidentally ruin a relationship with half of the office with your crush on someone, and this can lead to serious consequences in your working life, up to and including being fired. It is also very strongly not worth having romances with employees who are higher in status than you, including with bosses. Not only can bullying by employees of your level lead to it, but it can also ruin your reputation as an employee and as a person, not only for the duration of your work in this company, but in the worst case, for life. Try to be humble, polite, and accommodating to all employees, and at first, try not to even get too close to those you like. And never flirt with anyone.

In the process of work, especially at first, in any way you will have questions that you will need an answer from a person who knows more than you. If you have such situations, you need to contact only those people who are responsible as your immediate supervisor for your work. For example, the head of your department. It is he who solves all the problems associated with your work, and can advise something or make some kind of remark, just as you can advise him something or ask him to change his work. Only this person is in charge of your department, and if you have a question, in no case should you go to higher-ranking authorities, such as the general manager or something like that.

You will most likely simply be considered an upstart who wants to suck up, show off and climb the career ladder as quickly as possible. Such an action is more likely to push you a couple of steps down from him, and humiliate you in the eyes of the boss. Also, it is unlikely that your manager will be really interested in your words and will simply consider you an upstart who does not even know the usual rules of office etiquette. I advise you not to behave like this, even if you really really want to share something with high-ranking management.

This may or may not have been mentioned in your company’s policies, as it is not a formally regulated issue everywhere. You must have a work email that is used to communicate with employees. Today, a fairly large percentage of companies use email to distribute information between employees. And all these messages need to be answered, or at least read carefully.

How to respond to these letters? If this is an internal correspondence between the office, your response time should be no more than 1 hour. If you work with clients and contact them by mail, then the answer should be sent within 24 hours. In any situation, try to answer as quickly as possible. And if you’re on vacation or temporarily out of work, set up an auto-responder, or warn people that you can’t contact your work email at the moment. If necessary, please leave your personal email or phone number so that in case of an emergency you can be contacted.

Remember that following all of these unspoken rules can help you stay on good terms with your bosses and your employees, and make your life in the office easier. For the most part, these rules were created for this, and for the same reason everyone follows them. 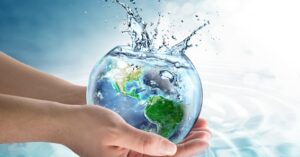 How Can A Water Audit Benefit Your Business?

Business decisions are based on facts. They should be supported by analyzed data. For instance, if you want to save on energy bills, you need the right data. Obtain analyzed data from water bill audits. Among other things, water bill audits will guide you to cost-saving opportunities. You can use these audits to identify areas […] 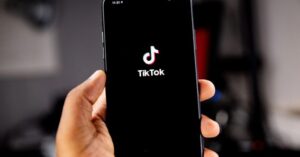 An Ultimate Guide For Brands To Work With TikTok Influencers

TikTok has become a significant player in the social media market with its constantly evolving new features. Thanks to its rapid growth. In 2022 and beyond, marketers will leverage TikTok as one of the effective marketing platforms. But does TikTok vary from other social media applications? Absolutely, yes. TikTok is a creative outlet providing tremendous […] 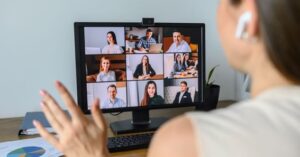 ‘Remote work’- one of those phrases that are intertwined with every corporate personnel’s lives in the new normal. No doubt it gives an employee maximum liberty and satisfaction under certain circumstances. But the question is, does remote work only entail some flowery introduction and verbose description? In 2017, 9.6% of European workers worked remotely. Since […]